… You must only concentrate on the next step. That way you enjoy your work, which is important, because then you make a good job.

It’s been a wish for a long time to start posting weekly themed blog posts which do not necessarily have to do with the topic of the whole blog. This way I could take it as a challenge to post at least once every week. I wasn’t sure what theme to choose until I’ve realised that apart from collecting and experimenting with make-up I like to watch a lot of movies and series, both from the present and the past. 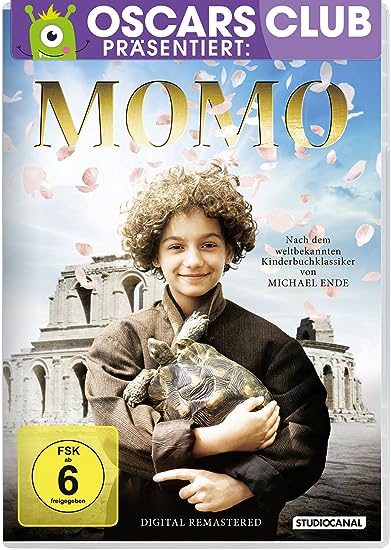 For today I’ve chose to write about a movie I watched last Sunday called Momo. Released in 1986 as a German/Italian production, Momo is based on the fantasy novel, with the same name, written by the German writer Michael Ende. I have known about Michael Ende since the day that I’ve discovered that my most favourite childhood movie, The NeverEnding Story, was based on a fantasy novel, with the same name, written by this German writer. I’ve bought the book right after to see if the movie and the book match but that “is another story and shall be told another time”.

Unlike me, Germans seem to associate Michael Ende more with the story of Momo rather than The NeverEnding Story. During my 3 years working with a German company I have heard a lot about the story of Momo.

The story of Momo is about time. How often we say that we have no time to do important things like spending time with our friends and relatives? How often we realise that the week has passed and we didn’t have time to do the things we like? How often we cram everything in time slots and we end up exhausted? How much time we give to distractions that in the end don’t make us happy?

In the story of Momo we will find the solution to the above problems.

Unfortunately, the DVDs I could find are only in German. However you will find the move with English audio on youtube such as the one below.

I hope you liked my first post of Film Fridays, I would appreciate any suggestions for improvement.