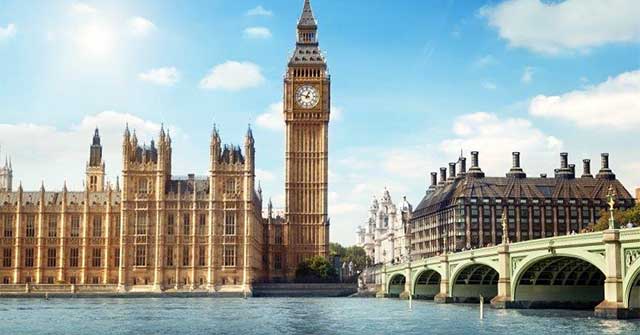 About a month ago my boyfriend and I went to our first holiday together. Since our visit was packed, I didn’t really have time to write daily, and since this is not specifically a travel blog, I decided to space the travel posts about a month apart. Therefore today I will be recounting how we spent our third day in London.

Our second day was packed, however our third day was even more packed. It was so packed that I didn’t have any time for shopping. 🙁  We took the tube to Baker Street which is a popular place for Sherlock Holmes. However, that wasn’t the aim why we stopped there. I had pre-booked combined tickets for Madame Tussaud’s, London Dungeon and London Eye for £48.00 per person. If I had bought offline from their ticket booth, it would have costed around £56 per person, if I remember well.

Since I booked the tickets from the Madame Tussaud’s website, I had to start the attractions from there. Just to make sure I won’t lose my reservation because of time, I booked the tickets for 11am, but we managed to arrive earlier. Since it was too early, we weren’t allowed in before 10:55am, so we decided to to have breakfast and after a search for the most affordable breakfast place which offers vegetarian options, we agreed to try Itsu. There I’ve ordered their Eggs Florentine which is a cup with a rice layer at the bottom, spinach layer on top of it and pouched eggs seasoned with spices on top of the spinach, a coffee and with a coffee they allow you to take a free banana. All that for around £6.

After that healthy breakfast, we went back to the queue of Madame Tussaud’s.

This was my third or fourth time to London’s Madam Tussaud’s. Since my last visit in 2012 the only big change I saw is the fashion room and the Star Wars section. The rest looked the same to me. They even didn’t change the Pope, with the world leaders you can still see Pope Benedict XVI and not Pope Francis.

After Madame Tussaud’s, since we weren’t sure whether we find lots of restaurants next to the London Dungeon and London Eye, we decided to take a late lunch at Baker Street. After skimming through the restaurant menus outside, we agreed to take a burger from Gourmet Burger Kitchen (GBK), disappointingly although they had two prices for each burger, the higher price wasn’t a meal price i.e. including a side, it was still a single burger price with more meat or a bigger veggie patty. So I decided to take the lower priced Veggie Burger (£5.55), and share a Regular Skinny Fries (£2.95) and OnionRings (£3.50).

Although there were waiters going around, to order you have to go to the counter. I am happy that I didn’t opt for a bigger patty as the patty was very tasty but a bit too spicy for me. Together with the meal we ordered a different fizzy drink each which from the ingredients sounded healthy. I ordered Ginger and Lemongrass Fizzy (£2.95). Another thing that made me order a fizzy is that there was a note saying that you can take free refills. However we didn’t take any refills as one glass was big enough.

After that we took the transport towards Westminster for the London Dungeon and the London Eye.

These 3 attractions might have been too much for 1 day as we didn’t have time to go back to the hotel rest, take a shower and prepare for our evening event which I also pre-booked. Instead, we went straight to Victoria to look for the Apollo Victoria theatre, so that when it’s time, at 7pm, we know where to find it. When we found it, we decided to look for a place to have dinner and after window shopping and skimming through menus, we decided to eat from Wasabi. There I took a Veg Sushi set for £4.95 and a Plum Tea for £2.95 which was new to me so I decided to try it. The Veg Sushi set was good, it also had a tofu pocket, and the Plum Tea was maybe a bit too sweet.

I kind of started a tradition that whenever I visit London I have to watch one musical. I first watched The Phantom of the Opera in 2012 with my family, this time I also wanted to watch another musical and fortunately my boyfriend doesn’t mind musicals, so we went to watch Wicked which is based on the story of The Wizard of Oz. It gives us another perspective of the story we know. Apart from the story, in a live musical, I like the effects. How they manage to use one “room” for different scenes. The engineering behind it, etc.

For musicals you have to pre-book if you want the most affordable good seat or else you will have to pay for the expensive ones or the cheapest one would be behind a column or a wall.

I booked a bit late, just about a week before my visit so the most affordable place I could find was a bit far. We managed to fix it by renting and sharing a £1 binocular, so I could still enjoy it. 😀

#ThrowbackThursday to our last night in #London, we went to watch @wickeduk #musical. ❤️🎭🎃❤️ Since we were seated far back, we decided to rent #binoculars for just £1. This is already the 2nd musical in London that I've attended to and enjoyed. Which musical should I watch in my next London visit? 😌😋 #wicked #wickedmusical #apollovictoria #musicals #wizardofoz #elphaba #glinda #england #travel #reisen #traveler #travelgram #travelling #blogger #blog #bloggers #blogging #operabinoculars

DISCLAIMER: I wasn’t asked or paid to write this post.