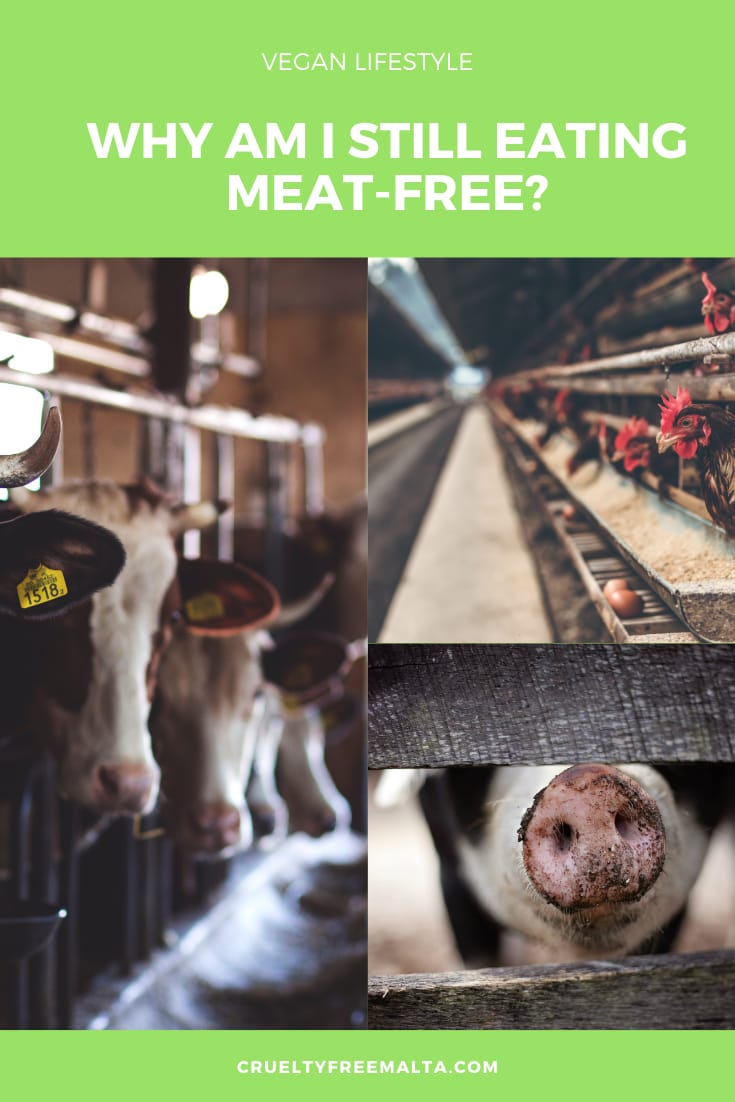 When I started my blog, I had no intention to stop meat or even eat mostly vegan. My aim was to just avoid supporting a brand that supports animal testing and stop there. I started then challenging myself to try to eat meat-free dishes. At the time it was just a challenge and also because I was not a big fan of cooking meat myself. I loved eating meat but I don’t enjoy touching or smelling raw meat while cooking. During the process, I kind of felt like Mrs Lovett cooking her human meat pies in Sweeney Todd. Yeah, I know my mind is a bit crazy. 🤦🏻‍♀️

So mostly I was eating vegetarian as a challenge and not to have to touch or smell raw meat. Nowadays I probably can ask my husband to cook the meat for me. So why would I want to keep on avoiding meat? One main reason is that I don’t want to support factory farming. If I am not mistaken this kind of farming has been around since the end of WWII and I think it is time that it dies down.

Factory farming as an environmental issue

The factory farming issue can be seen as an environmental issue. The reasons are:

Factory farming as a health issue

You can see factory farming also as a health issue as due to mass production:

All of this fat, undigestable animal food, vaccines all goes into the human who is enjoying his steak. Plus have you ever noticed the pattern in diseases such as Mad Cow Disease or Swine Flu, etc? All caused by factory farming and their vaccinated animals.

Factory farming as an ethical issue

Opting for biodynamic farming as an alternative to factory farming?

You might suggest to me to opt for biodynamically farmed meat as these farms tend to be careful about how animals are treated and what they are fed. Also, these farms tend to have a small number of animals. To tell you the truth, I did consider it but not for meat. Biodynamic farms, in my opinion, are always better than factory farms. However, my current decision is to keep on avoiding meat completely.

If you happen to be slightly convinced, are you willing to take the Malta Meat Free Week challenge next week?