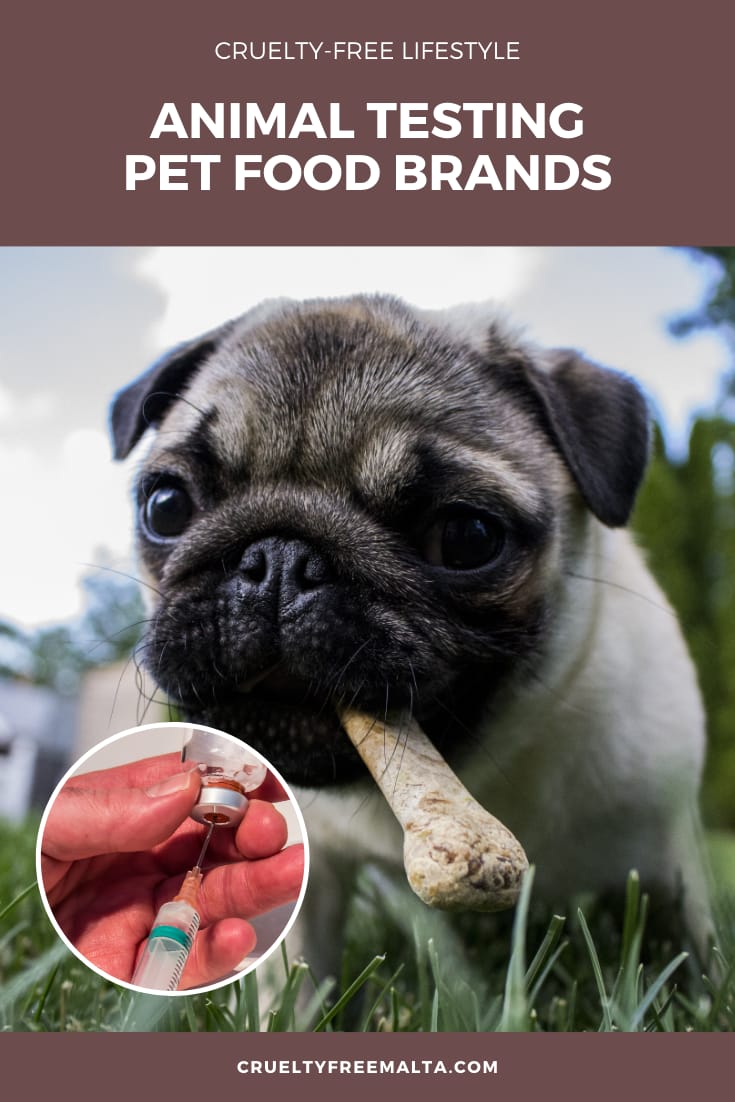 When I started this blog around 9 years ago, I realised that animal testing is not only used in cosmetics. It is even used for pet food. You might think it evident since pet food is meant for animals, why not? At least you know it is safe for the dog, cat, etc. What you might not know is that often it’s not food (meat or veggies) that is tested on animals. It’s the chemicals that are or could have been included inside the can of pet food that is tested on animals.

This test starts with a high dose of a particular chemical, and in every consecutive test, they lower the dose until they notice the right dose that it is safe for your pet to consume. In the process, until the ideal dose is found, lots of animals, most of the time beagles get sick, irritation or die. The irony I see in this is that thousands of dogs have to die so that other dogs can live. It is kind of unfair in my opinion. On the other hand, I don’t see what is wrong with serving just a piece of meat, fish, veggie to the pet rather than buying a can full of chemicals and some food ingredients.

If you want to see what happens in pet food animal testing labs, I have embedded a video below. I did not watch it all. If you prefer not to watch it jump straight to the list.

Colgate-Palmolive is a corporation that has been known to test on animals for quite some time.

PETA had once two campaigns, one against Mars (yes the same company as the chocolate) and another one against Iams, claiming that they test on animals. After that I stayed away from brands that are owned by Mars.

PETA had once a campaign against Nestle’s ice-tea brand Nestea, claiming to test on animals. A few years later, Nestle together with other food brands was exposed for using animal testing.

I hope you will find this list useful, if you happen to know of more brands that deserve to be in this list, please do let me know.