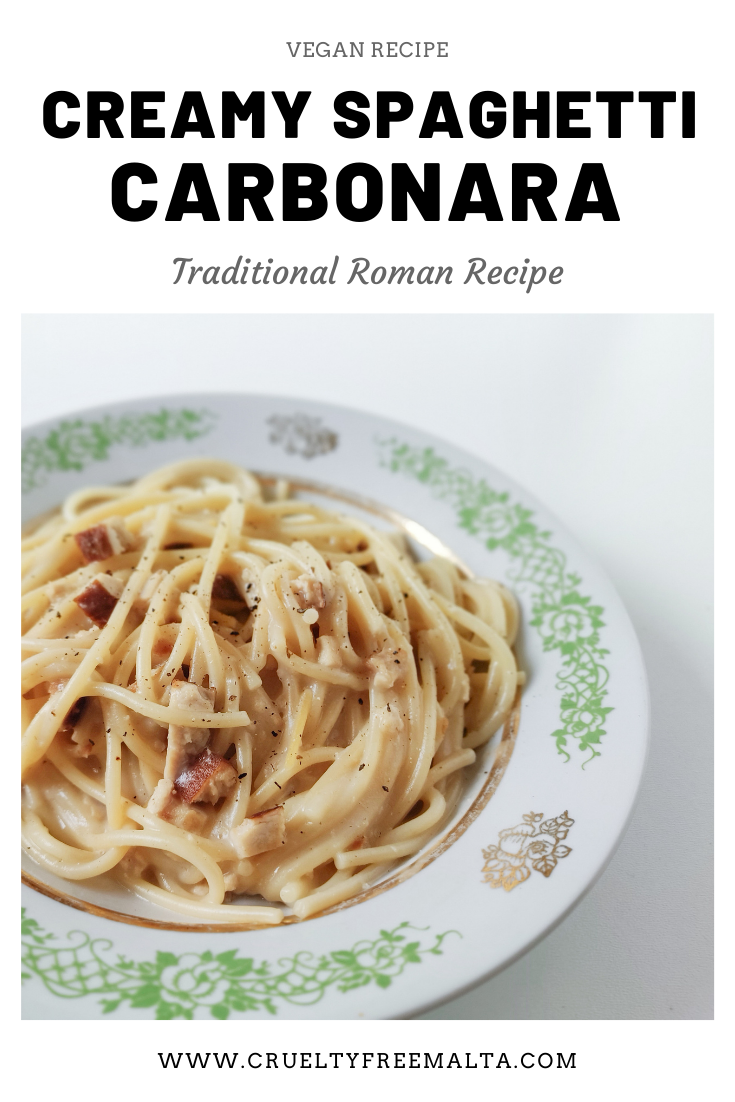 The first time I tasted spaghetti carbonara was over a decade ago when our uncle and his family took my sister and me to Valletta. It was the first time that I tasted pasta with white sauce as my mum had always used tomato-based sauces with pasta. The second time I took carbonara was when we visited Rome a few years ago. Although I had spaghetti Carbona only twice in my life, I recently felt like attempting to create it with vegan alternatives. After comparing two non-vegan recipes, I came up with my take of a Creamy Vegan Spaghetti Carbonara recipe.

I emphasised on the word “creamy” as originally Spaghetti Carbonara does not contain cream. According to Wikipedia, cream is not usually used in most Italian dishes. As I know it creamy, I attempted to try replicating the creamy version first. Then I see how I can get closer to the authentic version

I would love to know how you found my recipe. If you happen to have done some alterations, let me know too in the comments below. Thank you.