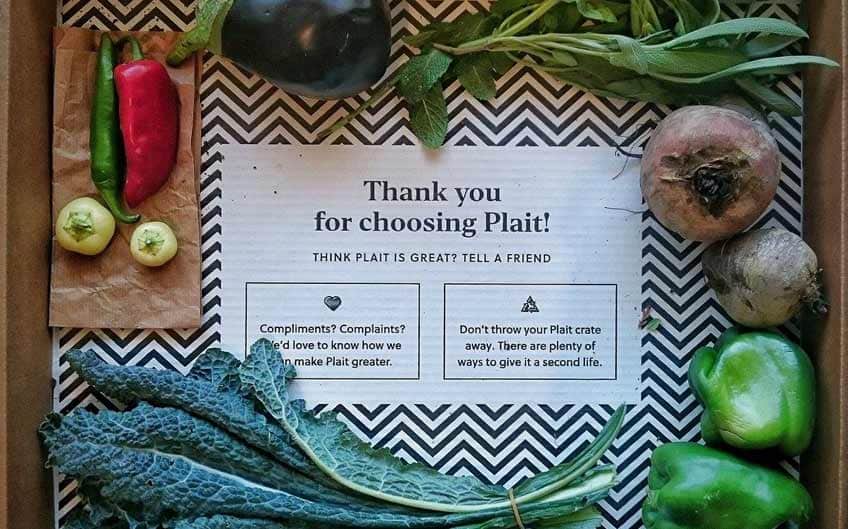 Before my Summer visit to Malta, I was contacted by a new company in Malta called Plait. They are the first company to roll out the idea of a subscription box.  Plait has offered to send me a free box to try out and give them feedback. The choice on which box was up to me. I was interested in both the Organic and the Malta box. However, since I was planning to move for 3 months to Malta, I have chosen the organic food subscription box from Plait.

My choice made sense also as I am trying to move to a vegan lifestyle. Then I can buy the Malta one when I get homesick in Germany.

Subscription boxes have been around for a long time, but not in Malta. Now, in 2017 we finally have them.

It’s a great idea especially for us who are health conscious. I like it more than the vegan boxes that I was subscribed to in Germany, as it had food that I could use for cooking and not snacks. If I was settled in Malta I would start with the Solo Chef organic food subscription box. The reason being that I want to make sure that I don’t leave the fresh produce to get rotten. This Summer I have a very busy work schedule that sadly a small amount of the vegetables went bad before I could use them. I really wish I had my juicer with me!

Yes, that’s why I can’t keep up with my blogging schedule.

Therefore, if I ever come back to live in Malta I would order the Plait Solo Chef organic food subscription box then move to a bigger box when I get used to my cooking schedule.

Some interesting info about the Plait Organic food subscription box

The only small “complaint” that I had about the Plait organic food subscription box is that the herbs that I have received were already starting to dry. That’s one of the reasons why I didn’t film an unboxing video as I usually do with other boxes. However, I saw that other bloggers after me, had their herbs looking still fresh. So I think that they worked on improving after my small feedback.

My suggestion to Plait would be to include a list of what’s inside the box, online or a paper list, as I didn’t know some of them.

Thank you Plait Malta for thinking of CrueltyFreeMalta.com and for sending me a complimentary organic box. I can’t wait to go back to Germany so that I could buy and try out the Malta Plait box! Since this is my last Malta visit for this year, I will surely start feeling homesick till the next one.

Plait said that they could try to veganise the Malta box for me if I would like to. What do you think, shall I ask them for a veganised version of the Malta box?

To choose your Plait subscription box, check out their website plait.com.mt

DISCLAIMER: This is not a sponsored post. Plait didn’t ask or pay me for a blog post.