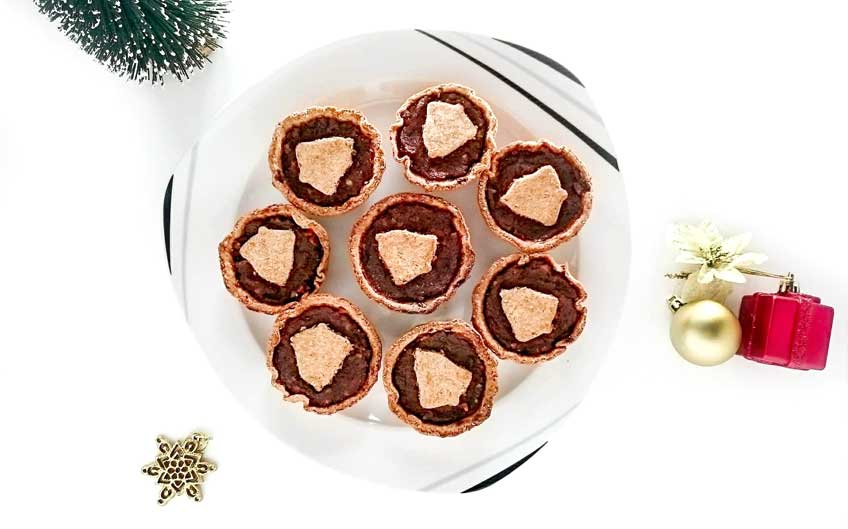 After nearly two years in Germany, I have started missing mince pies during Christmas. This year I messaged my mother to check if mince pies are easy to do. She told me that they are, so I have asked her to send me her recipe. I didn’t want to try a recipe online as I love the taste of the ones my mother bakes more than any other mince pies that I have tried. The recipe my mother sent me happened to be nearly vegan so I made very little changes to get a vegan mince pies recipe version.

I have always wondered why they are called mince pies and why their filling is called mincemeat.  Usually, the word mince is used for minced meat. After some reading on Wikipedia, I’ve read that the original recipe for mince pies contained animal meat. Now that makes sense although, I thank God that they have removed meat from the mixture.