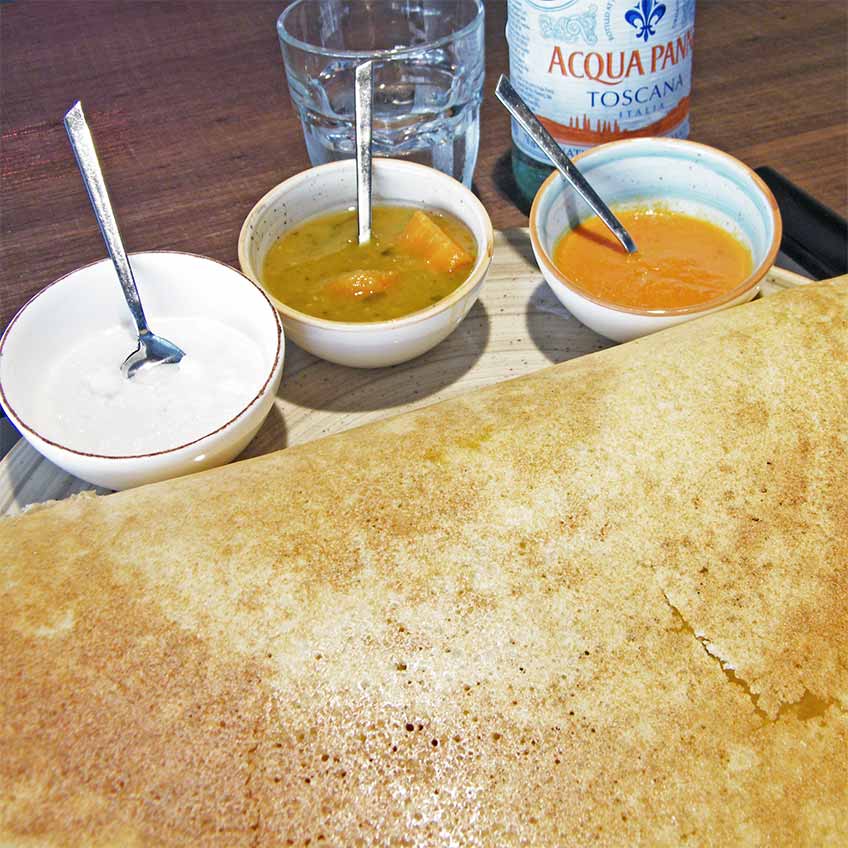 In rare times I go to Valletta, I take longer to find a restaurant that caters for vegans than I do in St Julians. It is surprising as one might assume that in the capital city one would find more than in any other city. Would this mean that St Julians is soon to be Malta’s new capital city? So after a bit of a struggle I managed to find some vegan-friendly restaurants in Valletta.

Bistro 516 does not specifically have vegan options on their menu. However, they are willing to provide you with a vegan option for anything that interests you from the menu. In my case, I had ordered a vegan version of their Paella.

I do not know how Soul Food is today. However, around 4 years ago, after everyone recommending it I tried Soul Food with my boyfriend. We both ordered their most expensive vegan burger as we were hungry. However, I was disappointed as their burger consisted of a patty and salad, no bun. Was I wrong to expect a bun with the burger? However that was around 4 years ago, maybe today they have improved.

Unlike on their Wolt menu, Wasabi Sushi Express labels their vegan products on their menu.

Do you know of other vegan-friendly restaurants in Valletta? In these lists, I am listing eateries that offer specifically food for vegans and not random outlets that have options that look vegan.

DISCLAIMER: The companies linked in this post have supported this blog. It would be nice to support them back.