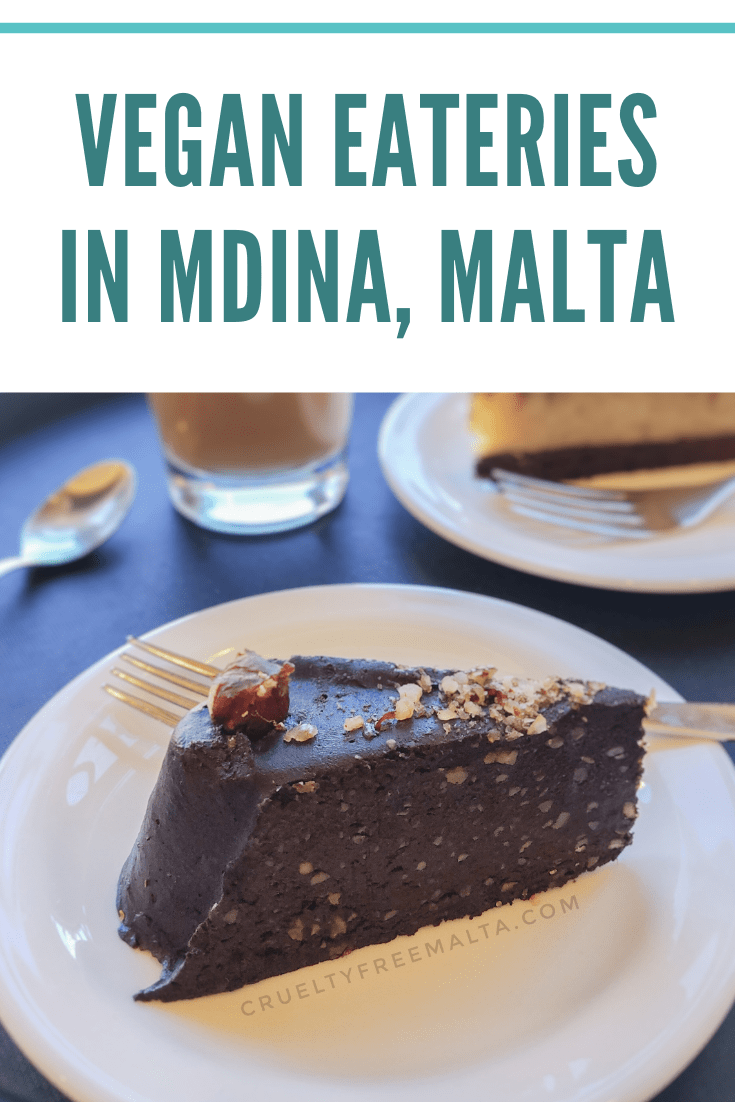 Although they have a vegan menu, in my opinion, their options are nothing special. It is similar to when you go to any restaurant ordering for example veg pizza with no cheese. The only difference is that you have no doubt that they know what vegan means. Apart from mains, they also offer vegan desserts. However, my sister and I agreed to burn the food we just ate by going for a walk before taking dessert.

Situated on the top floor or roof of the medieval Palazzo Falson, Gustav’s Café offer a variety of vegan cakes, both raw and baked. You can also order your hot drink with plant milk such as soy or rice. Maybe they are not well labelled but Gustav’s doesn’t yet offer savoury snack options, yet. Hopefully, they will have some as soon as life gets a bit normal again.

It’s a concise list, but I am hoping that when I revisit Malta next month, I will have more to share with you. 🤞🏻 In the meantime, I encourage you to suggest to me some great new vegan or vegan-friendly restaurants in Malta that I should try.