Being a fan of the Pupa Milano in Malta facebook page, I was notified that Pupa Milano will be at the Sweet Treats Party at the Jane Norman and Oasis shop in Valletta that took place on Friday 28th March, 2014.

As you might already know or if you don’t you’ll soon do, Pupa Milano launches a set of limited edition make up products every season. The inspiration for this set comes from the colours and textures that trended in the Milan Fashion Week for that particular season. The catwalk shades for Spring / Summer 2014 consisted mostly of blue, aquamarine, yellow and coral. For this reason Pupa Milano chose to give the Spring 2014 collection a nautical theme and called it Navy Chic.

I was looking forward to try out this collection, so I took the opportunity and attended the Sweet Treats Party my friend Vi to check them out.
At the entrance of the shop we were greeted with free Haribo gums and a can of Fruvia stevia drink, both brands being also sponsors of the event. Not knowing whether the gums were from the Haribo vegetarian range or not, I decided to skip them and take just the stevia drink.

On the day Jane Norman and Oasis were offering a 20% discount. The shop had clothes that matched the colours of the Pupa Milano Limited Edition Spring collection. I managed to control myself from the temptation of buying extra clothes which I might not wear soon or which I would only wear this year. Partially because I was on a ban from buying clothes and on the other hand I kind of got lazy and got used to buying clothes online.

No sign of Pupa Milano or their make up on the first floor, I decided to try the second floor and there they were.

Not only the Spring collection was there, there was even the Pupa Vamp! eyeshadow range and the Pupa Lasting Color Gel nail polishes, which I will be reviewing in the following days. I was about to order some of the products from the collection but I told myself that to avoid from having duplicate products, I need to wait for the seasonal testers that Pupa Milano sends me for review before I decide what to buy.
The Sweet Treats event marked the start of a busy weekend, and so I had to leave early to start preparing myself for the DIVAS – The Dance Show. To my surprise as I arrived home, a Pupa Milano Navy Chic eyeshadow palette was waiting for me in my letterbox, together with a pouch with samples from Planter’s Cosmetica Naturale in Malta.
Comments
crueltyfreemalta 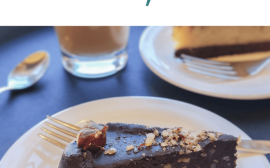