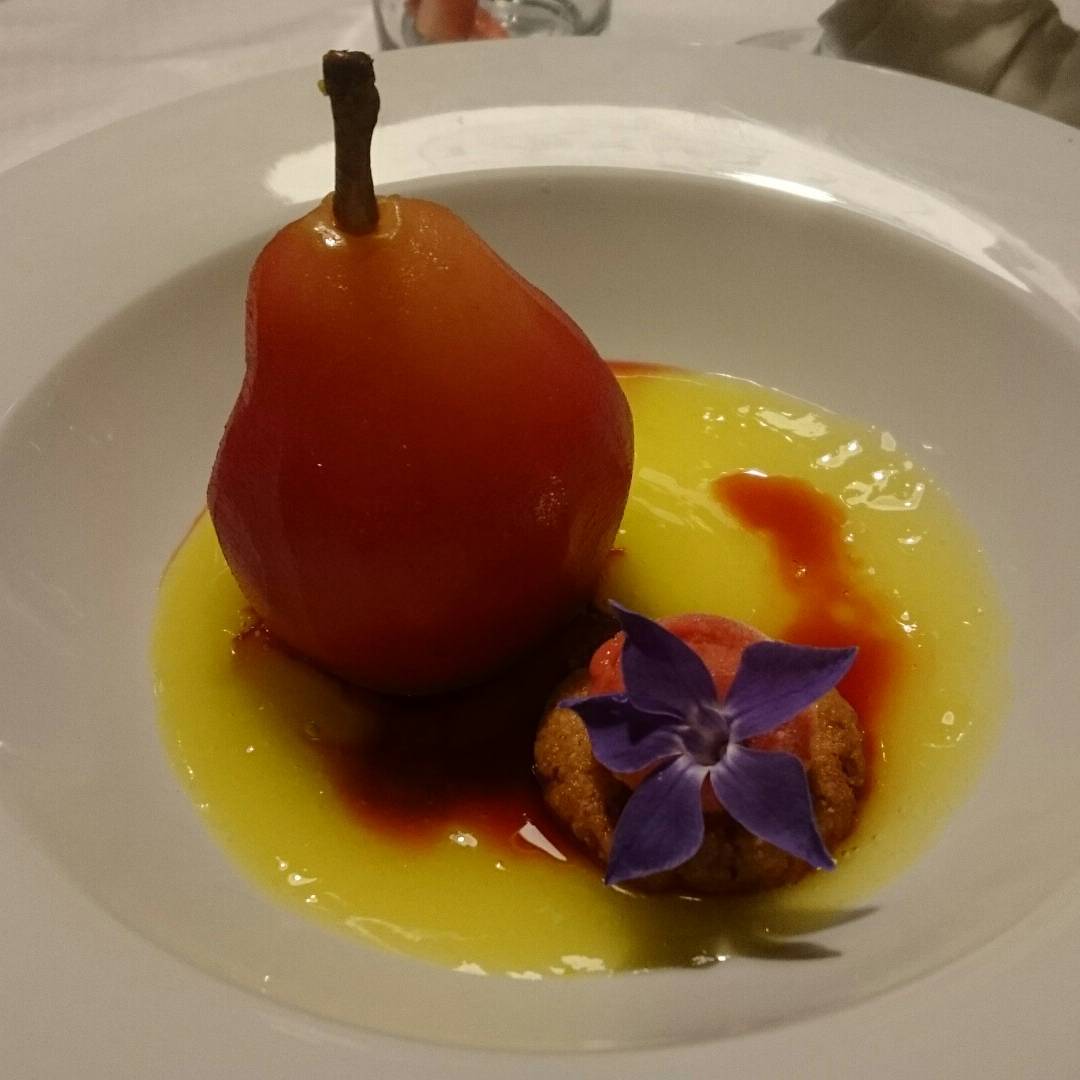 Last week, my sister and I joined for the first time the Last Friday of the Month monthly vegan dinner. They were usually being held at Sammy’s Culinary Forward in Xemxija. For the last two months, the venue was moved to Palazzo Santa Rosa at Mistra Bay.

The menu for the April edition of the Last Friday of the Month vegan dinner consisted of:

All this including fruit-infused water and wine, costed us 25€ per person. For some people it might be too much, considering that it was served in fine dining style portions. However, I can assure you that just after the risotto I was starting to feel full. I was afraid that I won’t have space for the dessert which was a pear with a strawberry inside.

The food was vegan, tasty and filling. The only drawback for me is not the food, the price, the people or the venue but getting to the venue. I don’t like driving at night and driving to a remote place is scary for me. Palazzo Santa Rosa is a remote location for me. Remote can be seen as also a good thing cause you don’t hear a lot of cars and you’re surrounded by nature. However, I was lucky to find people who don’t have my problem and who offered to let me drive behind them.

I’ve just heard the news that the next general election in Malta is on the 3rd of June so if I manage to find a cheap flight, I might be able to make it to May edition of the Last Friday of the Month vegan dinner.