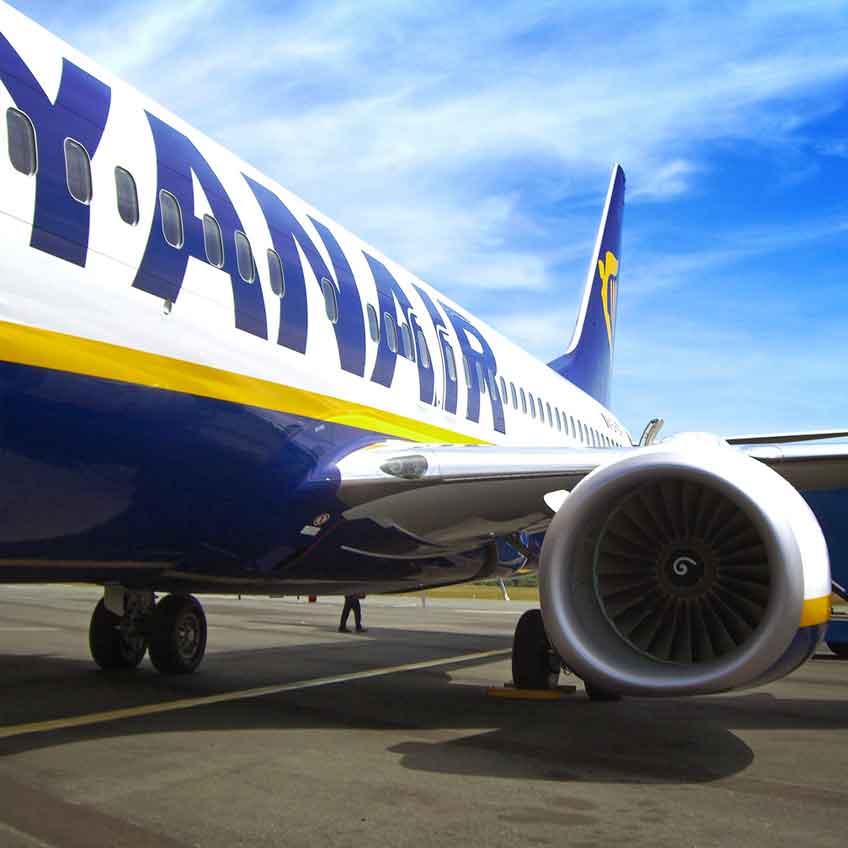 One of the reasons why I was MIA some weeks ago is what you will be reading in this post. We finally managed to book our first and most probably the only holiday for this year. Thanks to Google flights, we managed to find what we thought was a cheap trip to Naples. It was about €30 per person with €50 checked-in luggage with Ryanair. The holiday was fine. I managed to enjoy Naples even if it is not my ideal holiday destination. However, it all changed when it was time to come back home.

We checked out from the hotel and walked straight to Garibaldi station before 11 am. At the station, we took the Alibus airport shuttle. Around an hour later we arrived at the airport. Usually, I am at the airport at least two hours before the flight. On this day we happened to be around 4 hours early. We happened to arrive close to lunch time so we took lunch. I was happy that I could find a restaurant that clearly marked vegan options on their menu. We then passed the time by going through the few shops they had and playing logic games.

Stuck for over 9 hours

At 3:27 pm, I receive an SMS from Ryanair saying that the flight was cancelled. Regularly, we have asked the airport staff if it was cancelled. Their reply was that as far as they know, it has been just delayed. The airport informed us that the flight is cancelled four hours later. We had to pick our luggage from the baggage reclaim and go to the Ryanair counter for further information.

There was already a long queue before we joined it, and it was 1 am when we finally could talk to the person behind the counter. The Ryanair terms mention that they will offer us a flight on the same day or the next day, with Ryanair or any of their partners. The person behind the counter could offer us a Ryanair flight which will leave in 7 days, they did not bother to offer us any closer flights from their partners. Also unlike what Ryanair terms mention, they were ready to cover only one-night accommodation. In the Ryanair terms, it mentions that they cover the necessary nights till the next possible flights.

Feeling tired and hungry, we accepted the one night but not the flight offered. We were taken to the hotel but no dinner was offered and since it was past 1am no shops or restaurants were open. The last time we ate was noon and Ryanair offered us no meal on the day. So we slept with an empty stomach.

Took matters in our own hands

The price for the last minute flight would have been the same as the uncovered accommodation nightly fee. So we decided to find a next day flight to Malta. Before going to sleep, we booked the last Air Malta flight to Malta from Rome airport, which was ten times the Naples flight and which involved a bus to another airport.

We managed to arrive in Malta after 9 pm on the day after the cancelled flight, thanks to the Air Malta Rome flight which we booked ourselves. It was Tuesday, so 3 work days followed. I was too tired after 2 days of travelling that as soon as I go home from work, I went straight to bed to make up for the lost sleep. Still not feeling recovered, I filled up Ryanair’s claim form during the weekend. As we assumed Ryanair replied that they will not reimburse the expenses. The refund button was also removed so even a refund won’t be possible.

I will not book another flight with Ryanair unless its a from home to home flight. What I mean is that I will only book flights from Malta to Karlsruhe/Baden-Baden or vice versa as in both places I have a home. So if Ryanair decides to cancel these flights I do not need to worry about paying for extra accommodation.

In case I change my mind about the above decision, I will not stay in the queue next time. While I was waiting in the queue, I noticed that there was an affordable flight from Pisa for the next morning. If we took the train to Pisa instead of waiting 9 hours to see what better option Ryanair would offer us, we would have saved more time and money.

This is the main reason why I was MIA for at least a week, it continued with taking sick leave because of a cold which started in the weekend of my arrival to Malta.