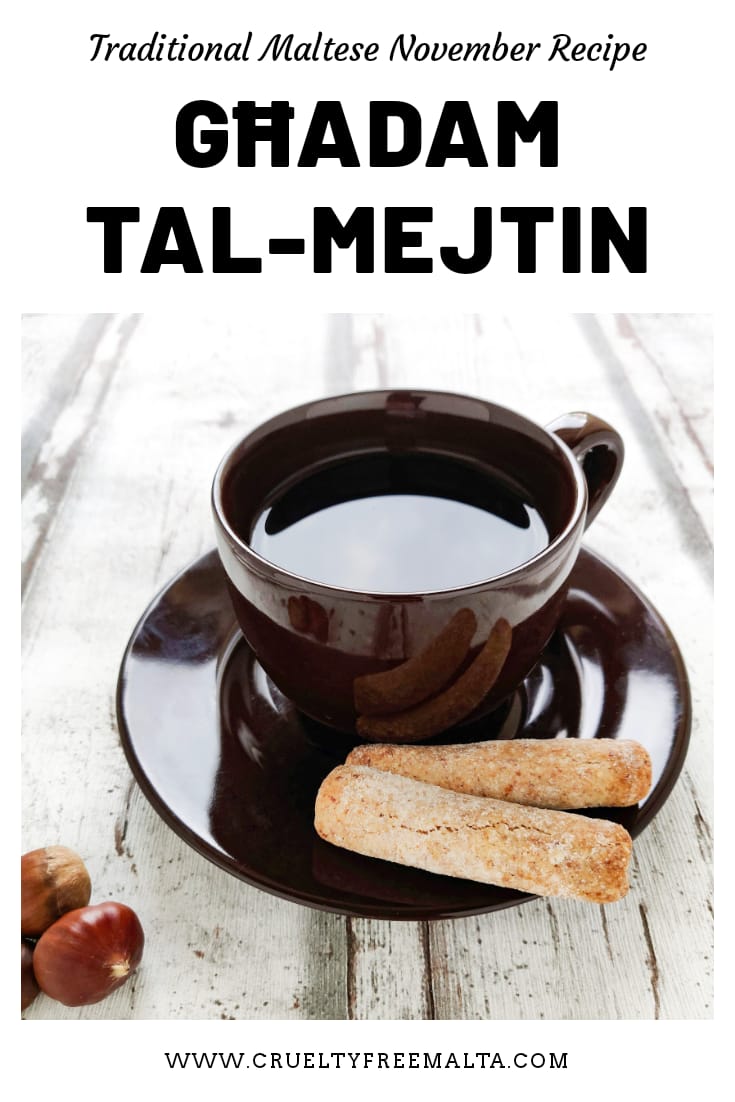 I was hoping to bake and share with you the għadam tal-mejtin vegan recipe at the beginning of the month. However, I was busy running errands, adjusting to my new routine and trying to enjoy my birthday vacation. As soon as I got back from my vacation, I made sure to find time to bake these biscuits. Unfortunately, I happened to bake them during the last weeks of November but it’s better late than never. At least it’s here for next year.

During the month of November, we celebrate the souls of those who passed away. All Souls’ Day is celebrated on November 2nd. It’s traditional for Roman Catholics in Malta to dedicate Mass during the month of November to our relatives or friends who have passed away. Apart from that we also bake or buy bone-shaped almond biscuits which we call Għadam tal-mejtin literary translated as “bones of the dead”. When I told my German “mother-in-law” that I will be baking the bones of the dead. She looked worried at me. Probably she thought I would raid cemeteries for bones and bake them. A language problem that I have to deal with.

My mum’s Għadam tal-mejtin recipe is originally not vegan. No, it does not involve raiding cemeteries. Since it’s only eggs that do not make my mum’s recipe vegan, I attempted to switch them with an egg-replacer. However, next year maybe I attempt to see what happens if I replace this by just water.

It’s as simple as that. Although I managed to mess it up the first time by mixing up the baking powder with baking soda. Had to throw away the first batch as the taste of too much baking soda was terrible. Since my mum’s original recipe was not vegan, I was afraid that the mixture would crumble since I have not used eggs. However, the biscuits stayed solid. It could be because I used an egg replacer. As I said, next time I try it, I will try not to use the egg replacer and see if it crumbles.

If you decide to try this recipe, please let me know how you found it. Also, tag me on social media when you do so that I could reshare your creations with others.