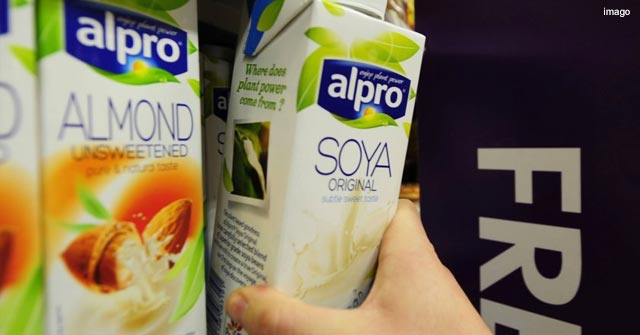 Danone, a dairy company which a few months ago was exposed to support animal testing, buys Whitewaves, the company behind Alpro and Provamel. Now that’s two other brands to consider to put on my ban list. :'(

Danone doubles its sales in the United States, with a multibillion-dollar purchase. The world’s largest yogurt manufacturer puts 12.5 billion on the table, around 11.3 billion euros, for the soy-milk producers Whitewaves.

For almost ten years, it is the largest acquisition for the French food company who produces product ranges such as Actimel, Activia, Volvic and Evian. On the stock market the plans were well received. The Danone’s share price rose by almost six percent to its highest level in 14 months.

The expansion of the US business comes in handy for Danone. The Group could offset the ongoing difficulties in emerging markets such as Brazil and Russia. With brands like Alpro soya milk and Provamel, last year, Whitewaves made four billion dollars worldwide.

The acquisition should be completed by the end of the year.

By acquiring the North American company, Danone will own 22 percent of the market share. To date, there they own twelve percent. The revenues of the Group amounted last year to more than 22 billion euros.

The takeover was agreed by the boards of both companies. They should be completed by the end of the year. Danone is paying for Whitewaves $ 56.25 per share in cash. The purchase price represents a premium of 24 percent to a 30-day course mean Whitewave shares.