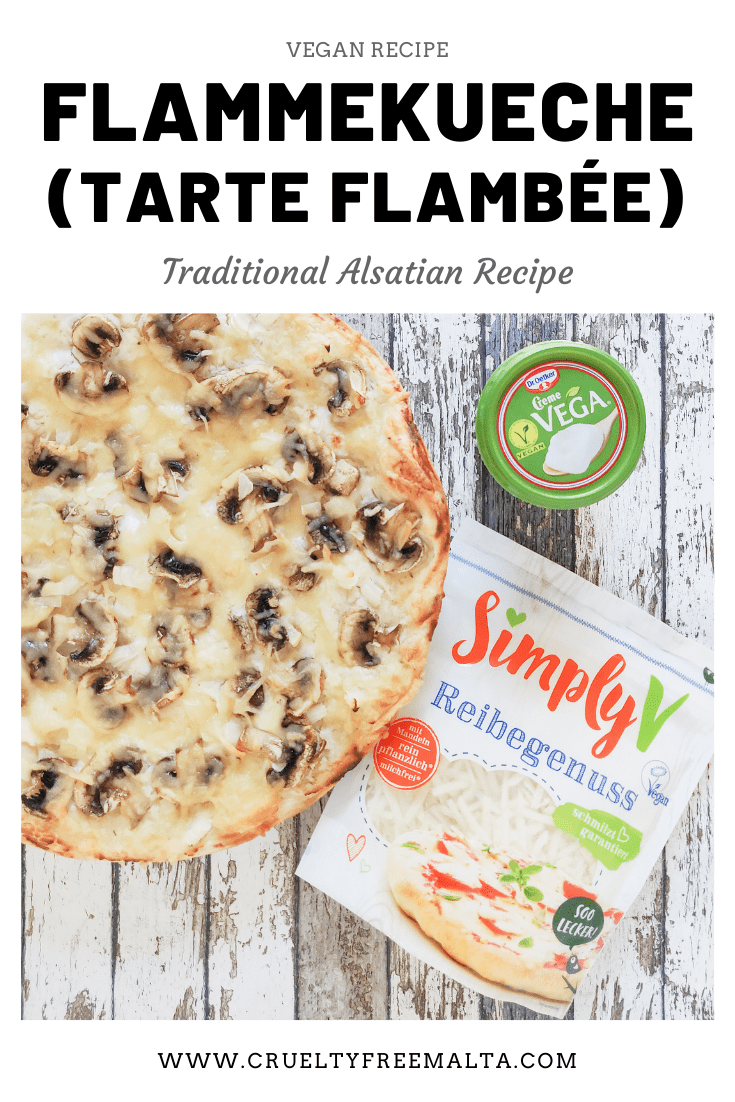 The first time I tasted Flammekueche or Flammkuchen in German or Tarte Flambée in French was when I visited my husband (then-boyfriend) for the first time in Germany. He tried to impress me with his rare cooking skills.

While he prepared his Flammkuchen with the traditional toppings i.e. cream, salt, pepper, onion, mushrooms, bacon and cheese, he did one without bacon for me, and it tasted good.

Later I had decided to reduce dairy consumption, so sadly no more Flammkuchen I thought since it’s heavily dependent on dairy.

Then an idea came to my head. I already found the Simply V Reibegenuss (almond-based shredded cheese) and the Dr. Oetker Creme Vega (soy-based cream) as great vegan alternatives in other dishes.

I attempted a vegan Flammkuchen with these two alternatives and it worked! Surprisingly enough the taste and texture felt like the one I was used to.

If you try this recipe, tag me or let me know in the comments below how you have found it. I would also be interested in seeing any variation that you might try out.

DISCLAIMER: Although I mentioned some specific products in the recipe, this is not a sponsored post. I had tried the recipe with these ingredients and it worked. You can attempt with others and see if it works the same. This post contains German affiliate links meaning, when buying through these links, I will get a commission at no extra cost to you. Thank you. 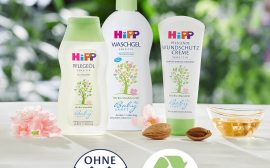